To configure API access for your dexi.io account, you need to create an API key in your account settings. Once you have created an API key, sign in to the dexi.io app and continue to the API documentation pages. 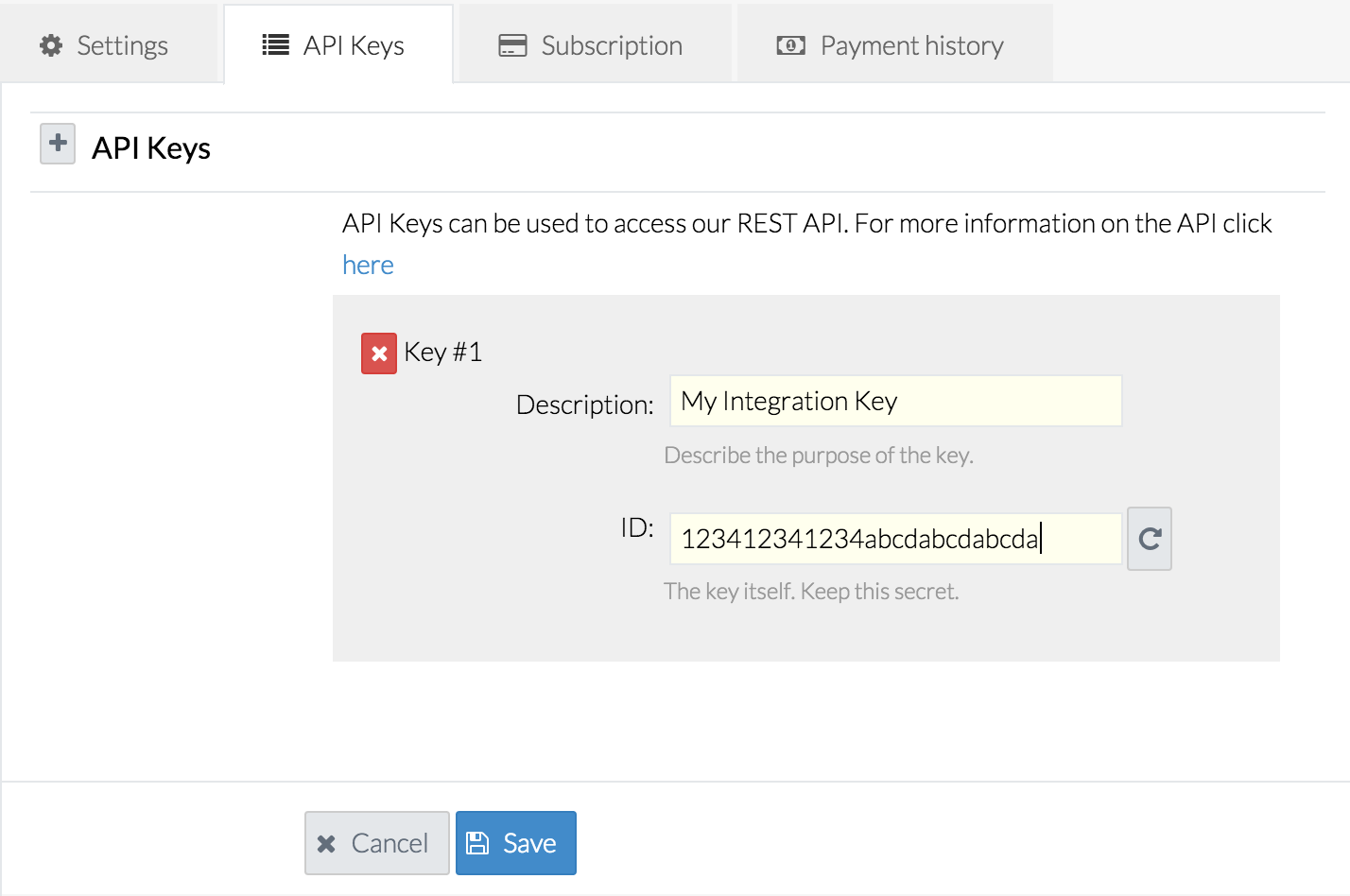 We have the following software development toolkits (SDKs) available:

If you are interested in building an SDK not offered here, please contact us. We would love to discuss your project.

When you build a robot in Dexi that extracts files, the files are stored on Dexi's platform and the results of executing the robot just contain pointers to the actual files, the file IDs. A file ID looks something like this:

To get a file from a file ID, complete the following steps:

The API rate limits for HTTP methods are currently as follows:

If you have multiple accounts, rate limiting is done per account.

These limits are subject to change if they cause significant interruption to the system or if we scale up or down the parts of the system that handle API requests. However, we will notify users in advance of bigger changes to the numbers.

Performing a higher number of requests than these will cause HTTP 429 Too Many Requests responses.

A very high number of concurrent requests is considered a denial-of-service (DoS) attack, so please keep the number of requests below the limits specified above.

To get more result rows, please use paginatation as described on Paginating API Results.

Was this article helpful?
Thank you for your feedback! Our team will get back to you
How can we improve this article?
Your feedback
Comment
Comment (Optional)
Character limit : 500
Please enter your comment
Email (Optional)
Email

By entering and using this site, you consent to the use of only necessary cookies to enhance your site experience and improve our services.